The biology department at Memorial University houses a historically, culturally, and environmentally important plant collection called The Agnes Marion Ayre Herbarium (NFLD), named after a St. John’s amateur botanist of great distinction (1890-1940). This collection contains approximately 60,000 bryophyte (mosses) specimens, representing the most complete collection for Newfoundland and Labrador, and ranking within the top five-bryophyte collections in Canada. It also contains approximately 40,000 vascular plant specimens, of which over 90% were collected in our province. The historical legacy value of NFLD lies on the original collections of early plant explorers in the province like Agnes Ayre and Earnest Rouleau, who founded the herbarium with the sponsorship of the NL Government in the late 1940’s to early 1950’s. The collection also holds 1,876 Ayre’s original plant paintings and drawings, which the Centre for Newfoundland Studies through a digital archives initiative has made available online  Agnes Marion Ayre Herbarium Artwork

My aim as curator is to digitize this collection making it available online and linked to the Canadensys project. Funding received in 2016 from an NSERC-Engage grant allowed us to start this huge endeavour. With our industrial partner, Stantec, we developed species distribution models for rare plant species in Labrador using occurrence data from the herbarium and the Atlantic Canada Conservation Data Center. Study led by my research assistant Natalia de la Torre (MUN).

With the help of many undergraduate and graduate students at MUN, and funding from the Career Development office at MUN, we are currently digitizing our collection which can be found in the following online databases: 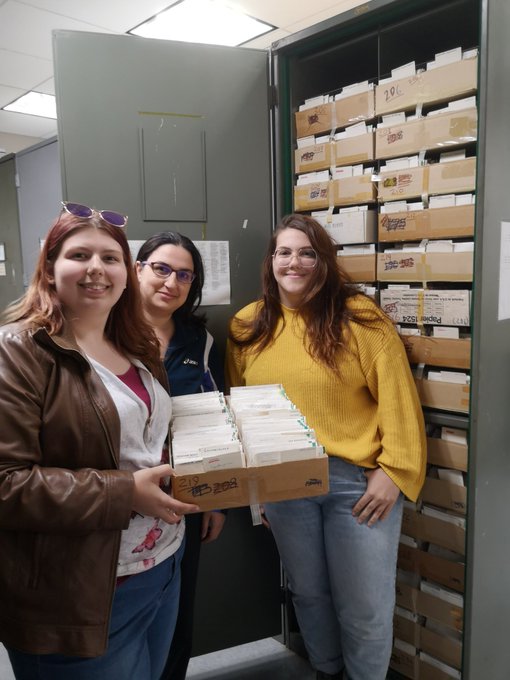 Our herbarium crew for the fall 2019. From left to right: Kaitlyn, Elena, and Danica